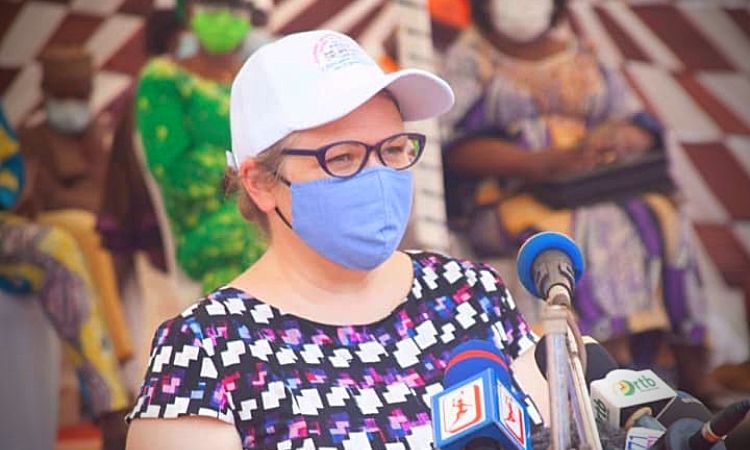 April 25, 2021 – The United States Government celebrates the progress made in the fight against malaria in Benin alongside the Ministry of Health and local and international partners at a ceremony to observe World Malaria Day in Avrankou, Ouémé.

This past year, COVID-19 created an unprecedented global crisis. Yet malaria has long been a crisis in Benin. The efforts Benin has taken to sustain essential malaria services amidst the COVID-19 pandemic are saving many lives. Benin’s continued resilience and creativity in the dual fight against malaria and COVID-19 is inspiring.

The United States is proud to support Benin to continue its fight against malaria. The U.S. President’s Malaria Initiative has partnered with Benin to fight malaria since 2006, contributing $223 million to date. Through the U.S. Agency for International Development (USAID), this funding has delivered 10.3 million mosquito nets, 15.4 million fast-acting medicines, and 16 million diagnostic tests and 48,900 trainings for health workers to date, while strengthening health systems to reinforce and amplify Benin’s efforts to end this deadly, yet entirely preventable, disease. Benin’s progress against malaria is highlighted in the U.S President’s Malaria Initiative’s 15th Annual Report.

“We must continue the fight against malaria, so that every child, family, and community has access to the tools and services to stop this disease. On World Malaria Day, we urge leaders to step up the fight and move closer to a malaria-free world,” said Jenelle Norin, Director of Health at USAID in Benin.

Malaria remains the leading cause of morbidity and mortality in Benin, accounting for 44 percent of medical consultations and 31 percent of hospitalizations. We must strive to end malaria faster by investing in access to malaria prevention, quality health services, and reliable data to monitor progress towards the Government of Benin’s milestone of eliminating malaria by 2030.

U.S. Global Malaria Coordinator Raj Panjabi, appointed by President Joe Biden to lead the U.S. President’s Malaria Initiative, says, “Science shows we can beat malaria and we can beat it in our lifetime. Yet we need bold action to stop COVID-19 from holding us back. The United States is proud to partner with Benin to continue the fight.”

About PMI: The U.S. President’s Malaria Initiative (PMI) supports 24 partner countries in sub-Saharan Africa and 3 programs in the Greater Mekong Subregion in Southeast Asia to control and eliminate malaria. Led by the U.S. Agency for International Development (USAID) and implemented together with the U.S. Centers for Disease Control and Prevention (CDC), PMI delivers cost-effective, lifesaving malaria interventions—such as insecticide-treated bed nets, indoor residual spraying, and essential medicines—and invests in health workers and health systems to accelerate the global fight against this deadly infectious disease. Thanks to the generosity of the American people, PMI benefits more than 700 million people at risk of malaria worldwide each year.