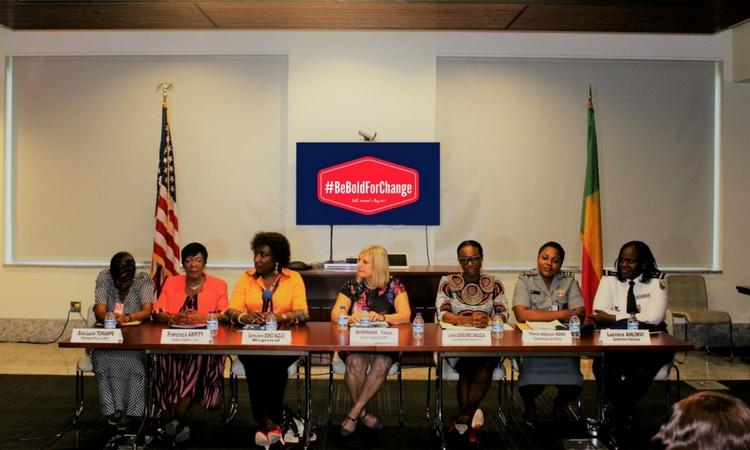 COTONOU-06 March 2017:  The Mission to Benin hosted a panel discussion of female members of law enforcement as part of the International Women’s Day on March 8.

Other speakers included judge Joanna Dassoundo Gnacadja, and Tanya DeGenova from the International Crime Investigations Training Program Officer for the Law Enforcement Officers (ICITAP) of the Department of Justice of United States.

Panelists answered questions posed by journalist Mirabelle Akpaki of the national radio station, regarding difficulties encountered in the performance of their duties, difficulties in reconciling work and family life, gender equality, and sexual harassment in the workplace.

Geneviève Boko Nadjo addressed the issue of gender equality by explaining that there are fewer and fewer women in the ranks of magistrates and that the few who do arrive at the top face difficulties. “It is because simply, with equal competences and equal qualities, the choice is made immediately for a man because of a question of mentality,” lamented Mrs. Boko Nadjo.

Akpithy declared that the women of her profession have long been stereotyped, which made it difficult for them to settle. However, she said, things have evolved positively over time.

The issue of harassment also fueled debate.  Joanna Dassoundo Gnacadja said that the phenomenon is widespread and found at all levels of society.

All of the panelists agreed that one of the best ways to change attitudes is to rethink the education of boys and girls by instilling a sense of equality at an early age which will help correct certain habits and prejudices while empowering women. 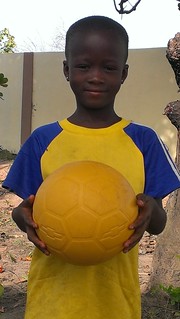