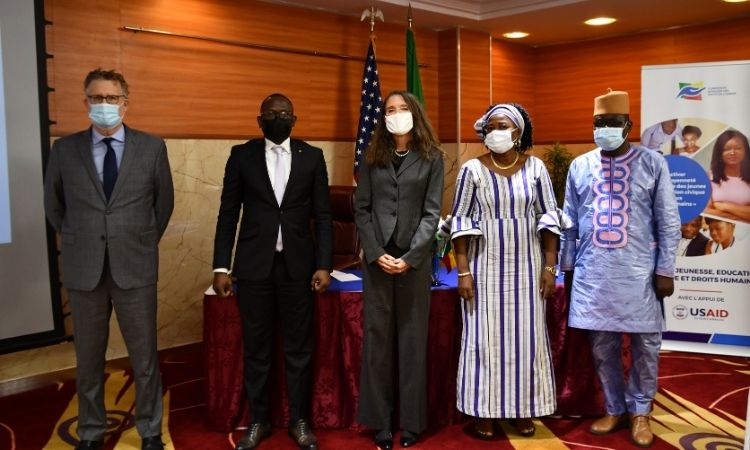 Through the U.S. Agency for International Development (USAID), the United States is supporting workshops in Cotonou, Abomey-Calavi, Porto-Novo, Parakou, and Bohicon to:

● Train youth leaders on the relationship between citizenship and democracy;
● Enable the youth participants to develop methods and practices for active and responsible citizenship;
● Promote youth-driven advocacy for social, economic, and cultural rights; and
● Collect information from the youth participants, to support the development of a youth outreach strategy for the BHRC.

“You are not travelling alone towards the realization of human rights for all, including for young people throughout Benin. You have the support of those who fought for human rights and democracy in Benin. And know that we are taking steps with you along the way,” said U.S. Ambassador Patricia Mahoney during the first workshop at the Benin Royal Hotel in Cotonou on February 4.

The United States is promoting human rights and democratic governance to advance a more free, peaceful, and prosperous world. These workshops are part of USAID’s Youth, Civic Education, and Human Rights activity with the BHRC, and are an important component of American support to advance human rights in Benin.