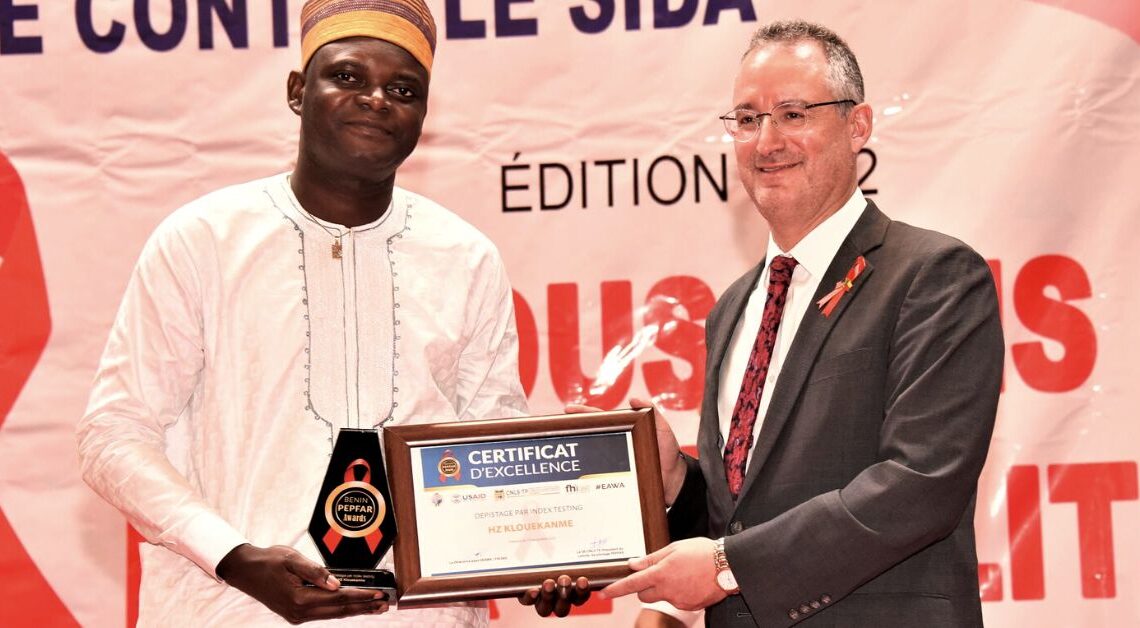 December, 2022 Cotonou, Benin – This year’s theme for the World AIDS Day is “Putting Ourselves to the Test: Achieving Equity to End HIV.” It encourages people to unite globally to eliminate the disparities and inequities that create barriers to HIV testing, prevention, and access to HIV care. This theme highlights the efforts the US government has committed to end this pandemic.

Through the United States President’s Emergency Plan for AIDS Relief (PEPFAR), the U.S. government has invested nearly $100 billion in the global HIV/AIDS response. This is the largest commitment by any nation to address a single disease in history, saving 21 million lives, preventing millions of HIV infections, and accelerating progress toward controlling the global HIV/AIDS pandemic in more than 50 countries.

The United States is deeply committed to working with its partners to end globally the HIV pandemic, and to further support resilient health systems as a direct result of PEPFAR’s investment. PEPFAR aims to accelerate reaching HIV global goals by 2030 in which 95% of People Living with HIV know their status, 95% of them are linked to treatment and 95% of those on treatment have a viral load suppressed.

On December 1st, the Beninese government and its partners held a commemoration event for World AIDS Day and the first ever PEPFAR Award in Benin. The PEPFAR Award ceremony is a way to recognize the effort made by supported sites. It was the occasion to motivate clinical sites and promote achieving best performances in HIV care for the benefit of people living with HIV. The purpose is to continue ensuring high quality HIV services for all including key and other vulnerable populations.

During the event, U.S. Ambassador Brian Shukan stated “Marginalization, human rights violation, and discrimination are some of the barriers to accessing HIV care services. The slogan “Push for Equality” urges us to act. It inspires us all to leverage our engagement to work towards the concrete and proven actions needed to fight inequality and help end AIDS.” It is a testament to both American and Beninese governments working together to end once and for all the spread of this deadly virus.

The U.S. PEPFAR program in Benin started one year ago with an annual investment of $6 million, about 3.8 billion CFA. There are 18 priority intervention sites in Benin which include clinics and laboratories in four high burden departments: Atlantique, Littoral, Couffo, and Mono. The ongoing activities will ensure continuity of treatment and viral load (VL) suppression,            and provide HIV prevention services and interventions against stigma and discrimination.