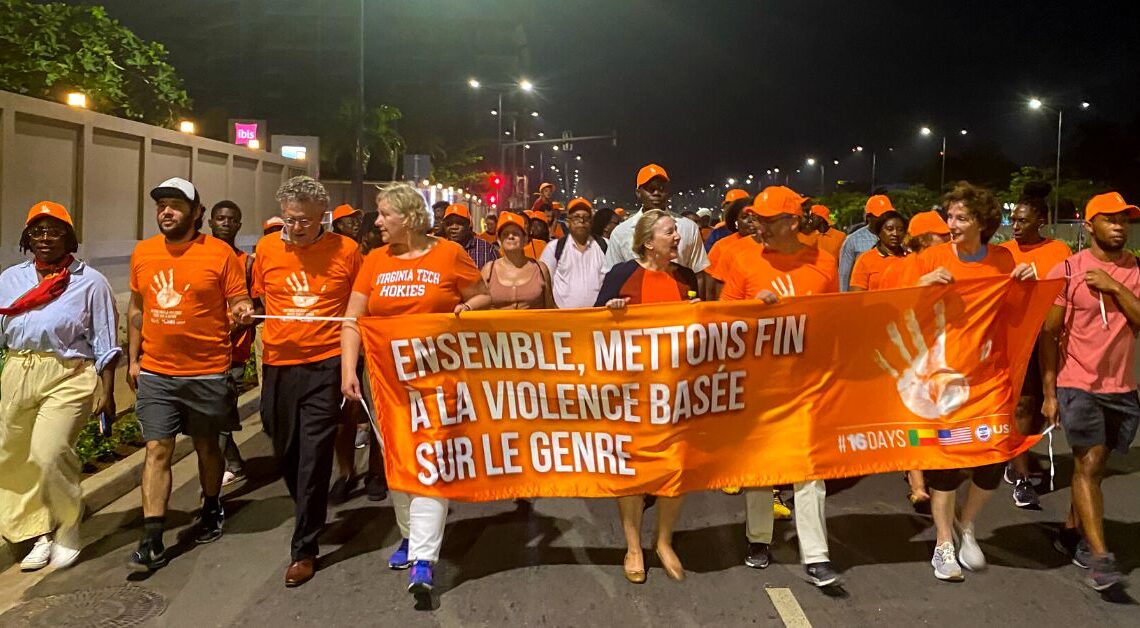 Members of the Diplomatic Corps, civil society organizations, and U.S. exchange program alumni, participated in a night walk on December 15, 2022 in Cotonou in support of the 16 Days of Activism Against Gender-Based Violence (GBV). The walk, organized by U.S. Embassy Cotonou, is part of a global effort to help women and girls reclaim the night space, generally a risky time for women to out alone.

“Gender-based violence remains a ‘phantom pandemic,’ with one in three women worldwide experiencing domestic violence and/or non-marital sexual violence in their life,” U.S. Deputy Chief of Mission Karen Gustafson de Andrade said during public remarks. “This is a global phenomenon – in the United States and around the world. This violence, with its devastating consequences, challenges us all. We must change.”

Ms. Gustafson de Andrade added that the U.S. government prioritizes eliminating gender-based violence in the new U.S. Strategy for the Prevention and Response to GBV worldwide. It is also a priority in the first-ever U.S. National Action Plan to End GBV.

In Benin, the United States funds the economic reintegration of GBV victims so that they can earn a living. The U.S. also promotes mentoring programs that help women in diverse fields exchange knowledge and build mutual support networks. All U.S.-led development activities in Benin (countrywide) include a gender component from building off-grid electricity facilities in Natitingou to conducting community dialogues in Malanville.

Through the new U.S. Strategy for Global GBV Prevention and Response, the U.S. government prioritizes inclusiveness and focuses on specific identity factors that increase the risk of GBV and hinder access to services.