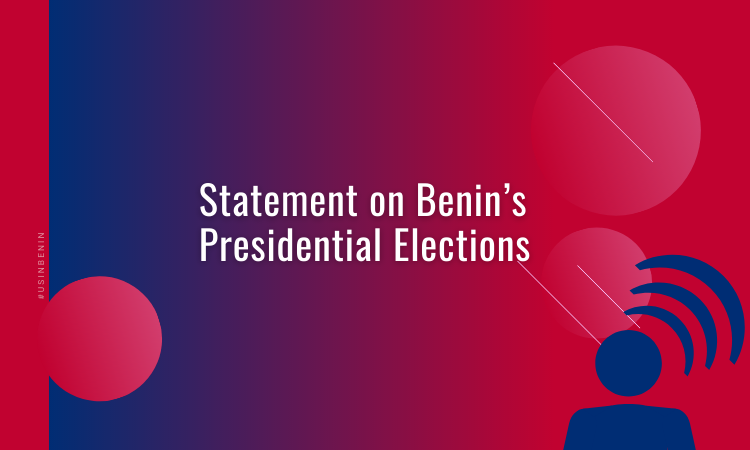 For more than thirty years the people of Benin have taken well-deserved pride in democratically held elections that ensure voters have a choice among candidates. The United States shares with the people of Benin their desire to sustain this most cherished function of a democracy.

The United States does not support any particular candidate or party; we support the democratic process itself. As Benin approaches the presidential elections, we urge all stakeholders and citizens to ensure the electoral process is peaceful and respects democratic norms before, during, and after election day. The United States calls on all actors to refrain from actions that could instigate violence.

We also call on security forces to ensure the safety of Beninese people, including candidates and civil society, and for authorities to respect their constitutional right to assemble peaceably. We further underscore the importance of protecting freedom of expression, including opinions about any candidate or political party, online and in the media, and urge the electoral institutions and courts overseeing the process and verifying results to ensure the election is conducted freely, fairly, and transparently.