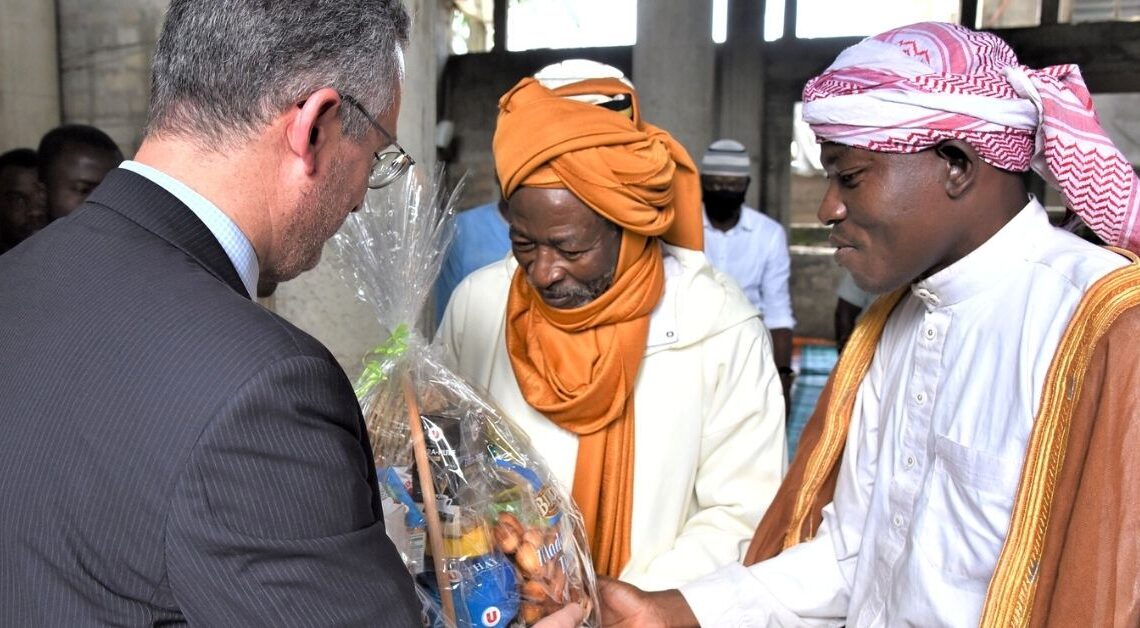 U.S. Ambassador to Benin Brian Shukan wished a blessed Ramadan to the Muslim community by joining U.S. Embassy staff in donating food items to mosques in Cotonou and Porto-Novo.  On April 25, the U.S. Embassy delegation visited Imam Youssouf Ali from the La Ilaha Illa Alla Mosque in Agla and Imam Issiack Alao Ligali from the Cadjehoun Mosque.  On April 28, the Ambassador visited the community of the Oluwalonike Mosque in Adjarra.

The Ambassador also hosted Muslim leaders and representatives of other religious groups at his residence for an Iftar dinner on April 19.  During the event, Ambassador Shukan paid tribute to religious leaders for the important role they play in their communities as conflict mediators, providing comfort and guidance and supporting those in need.

“One aspect of Beninese culture that my wife and I admired since our first stay here in the 90s is the diversity of its people and the acceptance and tolerance of the Beninese towards one another,” he said.  “Your mutual respect can be a lesson to the world.”

On behalf of the U.S. people, the U.S. Embassy in Benin seizes this opportunity to wish all Muslims a blessed holy month.