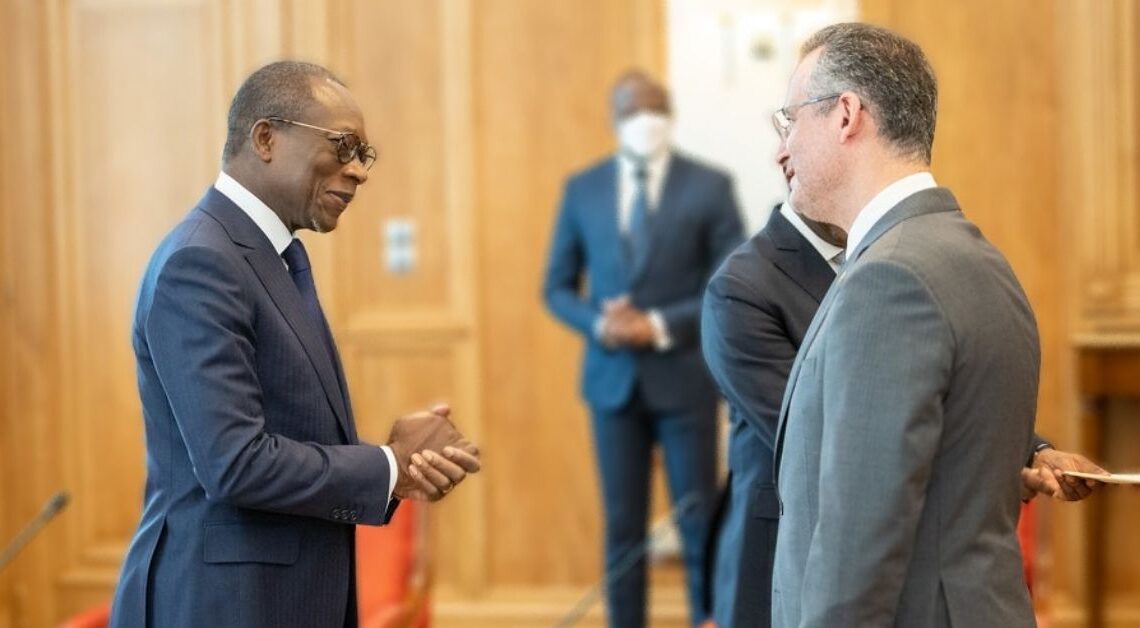 The new U.S. Ambassador to Benin, Brian Shukan, presented his credential letter to the President of the Republic of Benin Patrice Talon on May 5 at the Presidency in Cotonou.

In his meeting with President Talon, Ambassador Shukan outlined his priorities for continuing to work closely with Benin to help all Beninese reach their full potential and to help Benin address growing security concerns.

“As I shared with President Talon, one of President Biden’s top priorities is to reinforce democracy both in the United States and around the world,” he said.”

Ambassador Shukan is the twentieth U.S. Ambassador to Benin since the United States established diplomatic relations with Benin more than 61 years ago.