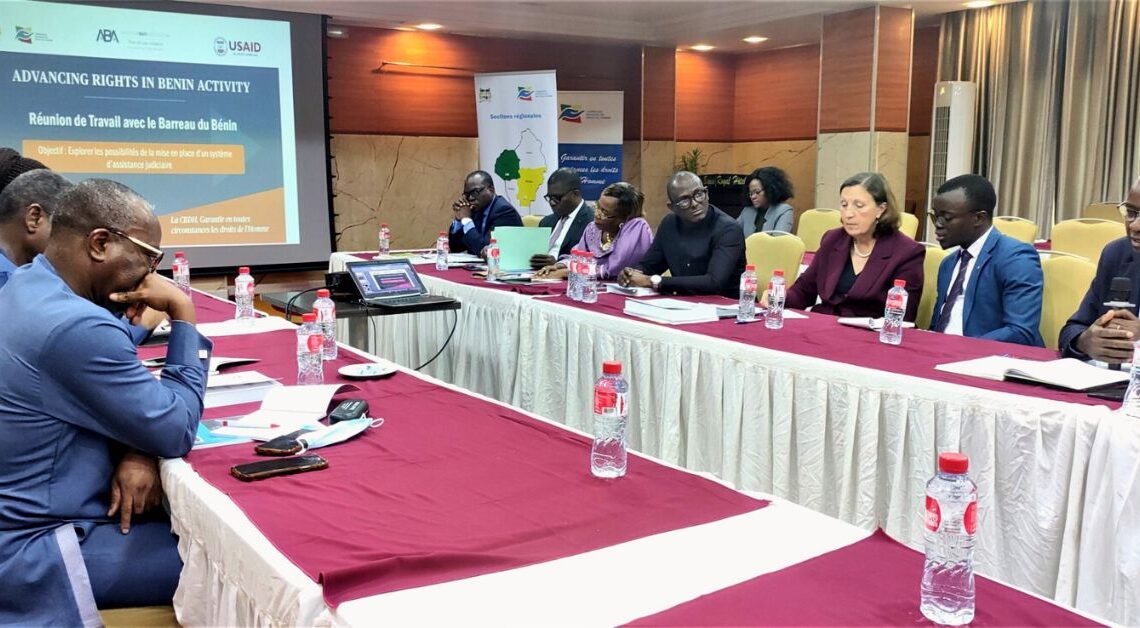 Justice Jennifer Brunner currently serves as a justice on the Supreme Court of Ohio and is the former Ohio Secretary of State. Since 2012, Justice Brunner has been engaged on numerous United States Agency for International Development (USAID) -funded projects, providing short term technical assistance as well as participating in election observation missions, in Serbia, Egypt, Sri Lanka, Kazakhstan, and now Benin.

In August 2022, I traveled to Cotonou, Benin to provide Pro Bono assistance to the Benin Human Rights Commission (BHRC) through the USAID-funded Advancing Rights in Benin (ARB) activity implemented by the American Bar Association, Rule of Law Initiative (ABA ROLI). The purpose of my visit was to assist the BHRC to develop standard procedures and written policies to better receive, manage, and respond to the increasing number of human rights complaints being filed as a growing number of citizens have sought the Commission’s services, especially since the recent establishment of six regional resource centers.
Under the governing law, the mission of the Commission is to promote and protect Human Rights across all the territory of the Republic of Benin. The Commission’s establishment of the new regional centers has thus been a major accomplishment and led to the Commission receiving an “A” rating internationally as a national human rights commission. While in Benin, I spent time observing the handling of complaints at a regional office outside of Cotonou. I witnessed Beninese citizens seeking assistance for harm and injustices, who were met by a Commission well attuned to their needs. The commissioners are dedicated to high service and understand that good service means public confidence in what they do.
The complaints I observed concerned a variety of allegations, including land disputes, rape and sexual harassment, employment disputes, albinism…

Complaints were handled in two-commissioner teams in several rooms of the local resource center, with staff recording information for the complaints as they were being presented. I was impressed by the commissioners’ compassion, yet objectivity and firmness, as they counseled complainants on the next steps, such as filing a complaint with the prosecutor so that the Commission could follow up on it. I witnessed relief on the faces of many of the complainants as they were being listened to and their needs and concerns were being addressed. This helped me to learn how the Commission operated at its most essential level. It is my overall impression that the work of the Benin Human Rights Commission is extraordinary. The care and dedication of its commissioners and staff is genuine.
The Commission has been guided by exceptional leadership, and the good rapport among its leaders and respect for their staff and all persons of Benin is evident and undoubtedly has led to its early successes. As the Commission faces the next hurdle of the election of new commissioners in just over a year, it will be implementing measures to institutionalize its progress and gains and to sustain its existence for the long term. I have recommended three short-term means of helping to grow the Commission in its capacity and service to the Beninese people—access to transportation via state-provided cars to personally reach all areas of the country and to begin the work of examining the conditions and circumstances of Beninese prisoners, more IT improvements for greater efficiency and outreach, and a pilot project, in conjunction with the Women Attorneys Bar Association, to more effectively address gender-based violence.
ABA ROLI’s work here has been impactful and worthwhile and it has been my privilege to observe and interact with the Benin Human Rights Commission. I am left with the impression that here are a people who are living the struggles of many people around the world, but who have a special ally in the BHRC to help them collectively, as citizens of their country, work more effectively toward a realization of human rights.
The ARB activity implemented by ABA-ROLI is a United States Agency for International Development (USAID) supported initiative that works with the BHRC to provide training, technical assistance, the deployment of human rights officers to six regions, and support for international accreditation.