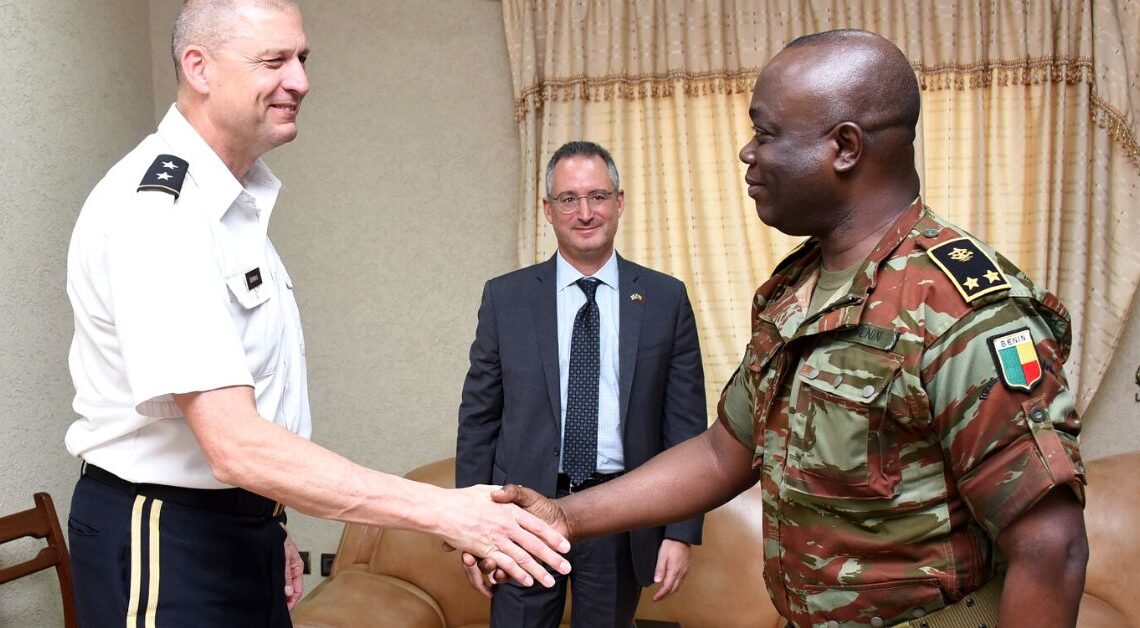 The purpose of the visit was to assess the progress of the State Partnership Program (SPP), through which the North Dakota National Guard and Beninese security forces train on military-police operations and disaster management.  The North Dakota National Guard also works closely with the Beninese National Civil Defense Agency and the National Fire Department to help prevent humanitarian crises and promote democratic governance and regional stability.  The SPP was first established in Benin on April 3, 2014.

During his visit (the fourth to Benin), Major General Dohrmann met with Minister of National Defense Fortunet Alain Nouatin, Chief of Staff of the Beninese Armed Forces General Fructueux Gbaguidi, and Minister of Interior and Public Security Alassane Seidou.

U.S. Ambassador to Benin Brian Shukan noted that the North Dakota State National Guard will always be a strong pillar of assistance to Beninese forces and organizations in disaster management.

The State Partnership Program is a U.S. Department of Defense security cooperation program funded by U.S. states and territories (as well as the District of Columbia). The SPP has 87 partnerships with 95 countries worldwide, 16 of which are in Africa.  For more information, please see: https://www.nationalguard.mil/leadership/joint-staff/j-5/international-affairs-division/state-partnership-program/