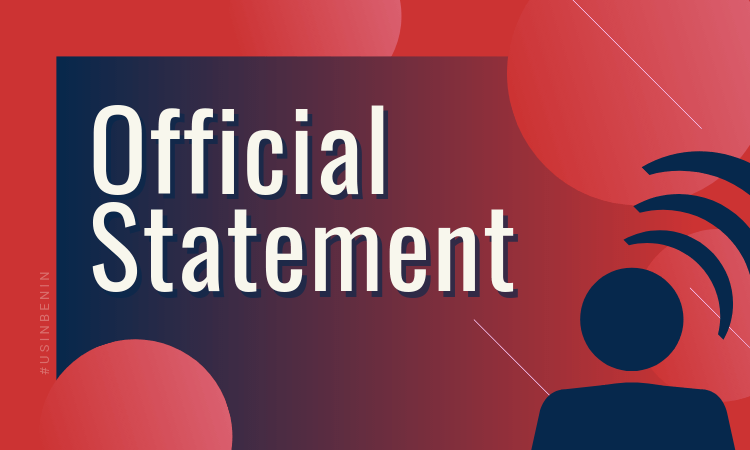 Statement from the U.S. Embassy in Cotonou regarding Benin’s 2019 Legislative Elections April 28

The inability of opposition parties to participate led to legislative elections on April 28 that were neither fully competitive nor inclusive and do not reflect the Benin that we know.

We regret that social media platforms and the internet were blocked on election day, creating an environment contrary to Benin’s longstanding record of freedom of speech and expression.

We are concerned by reports of violence on election day. We call on all parties to resolve their differences peacefully and to find ways to accommodate dissenting viewpoints.