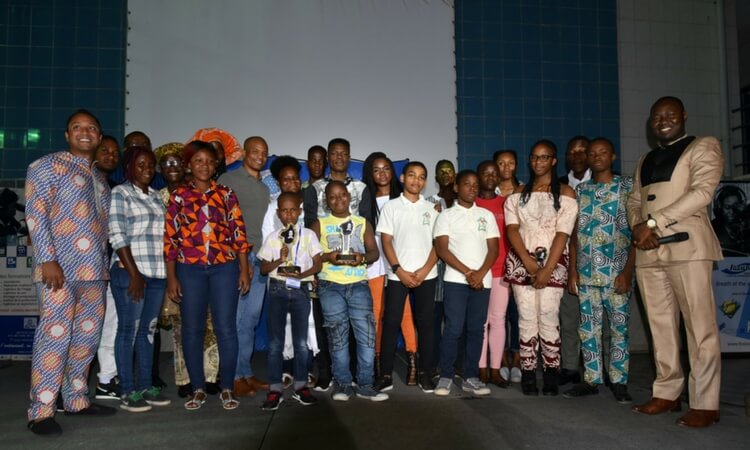 On Saturday, February 24, PAS Cotonou held the second edition of the MLK Slam Poetry Contest, in collaboration with local media institute ‘’L’Institut Superieur des Métiers de l’Audiovisuel’’ (ISMA).  Over 100 Beninese submitted expressions of interest, audio files, and videos seeking to compete in either the junior (under 14) or senior (over 14) division.  17 finalists, five junior and 12 senior, performed live for the final competition, in front of a crowd of about three hundred.  The junior division winner, who was six years old, delivered a passionate plea to end the use of plastic bags.  Senior division winner Trust Dantondji performed a poem that used complex internal rhymes, wordplay, and deep emotion to express frustration with a variety of subjects both personal and political.  Other seniors performed poems on gender issues, corruption, patriotism, and other pressing social issues.

Interest in participating in this contest was nearly overwhelming, and the final event received extensive media coverage.