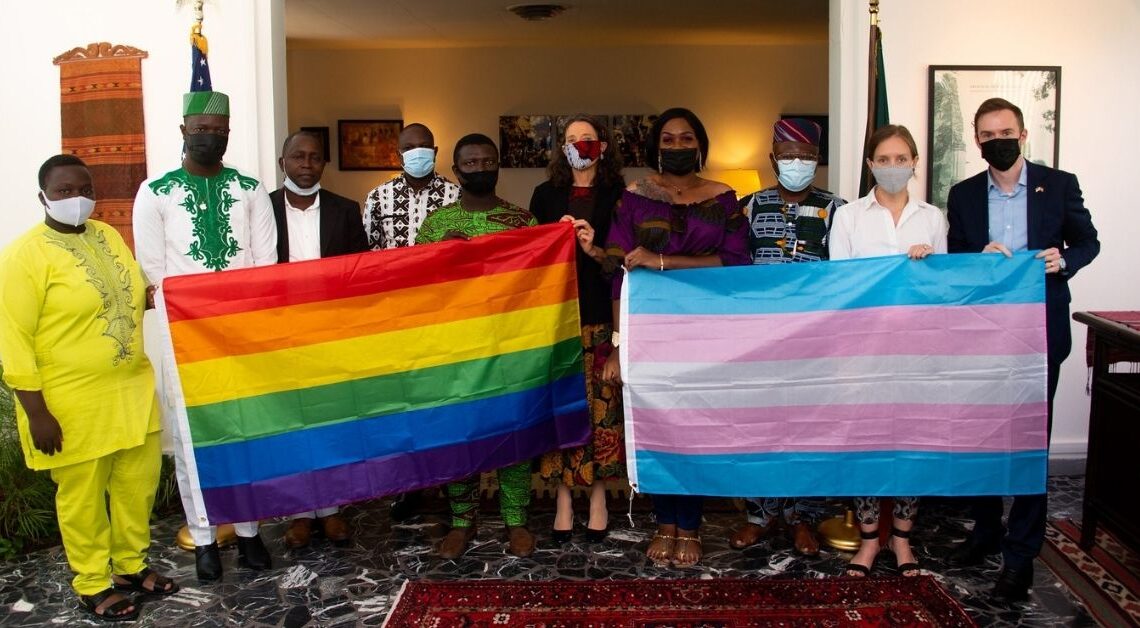 Ambassador Patricia Mahoney hosted Beninese LGBTQI+ leaders and representatives from the Ministries of Justice, Labor, and Interior, to thank them for their efforts to create a world that respects and celebrates the dignity of all individuals.

This year’s May 17 marks 16 years since the first International Day Against Homophobia, Transphobia, and Biphobia (IDAHOTB). In the intervening period, the United States has endeavored to reaffirm the human rights and fundamental freedoms of all persons, including lesbian, gay, bisexual, transgender, queer, and intersex persons. To be sure, we have encountered challenges and setbacks in our path toward inclusion, and our work is not yet complete.

The message of “Together: Resisting, Supporting, Healing!” is especially poignant as this year’s IDAHOTB theme. Ending hatred and violence against LGBTQI+ persons requires collaborative action from us all. The United States is doing its part. Within the first weeks of his administration, President Biden issued a Memorandum instructing all U.S. federal agencies working abroad to “ensure that U.S. diplomatic efforts and foreign assistance promote and protect the human rights of LGBTQI+ persons.” And that important work is well underway.

The United States is prioritizing efforts in several key areas: combatting criminalization of LGBTQI+ status or conduct; protecting vulnerable LGBTQI+ refugees and asylum seekers; providing funding to protect human rights and advance nondiscrimination; responding to human rights abuses of LGBTQI+ persons; and building coalitions and engaging international organizations in the fight against LGBTQI+ discrimination. Working together, we can create a world that respects and celebrates the dignity of all individuals. It is in partnership that we will achieve our goal of a rights-respecting, inclusive society where no one lives in fear because of who they are or whom they love.

The Universal Declaration of Human Rights states that everyone is entitled to human rights and fundamental freedoms. In celebrating the contributions of lesbian, gay, bisexual, transgender, queer, and intersex persons worldwide, the United States re-affirms this shared value: Everyone deserves to live in dignity.