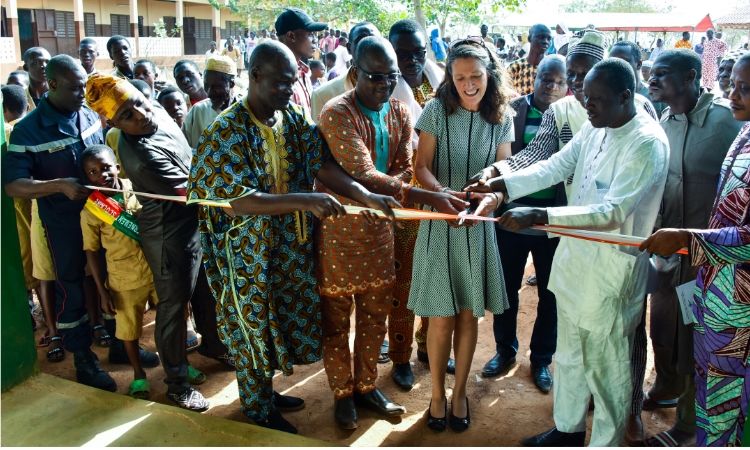 On February 5, United States Ambassador Patricia Mahoney visited Serou to inaugurate a new school constructed with support from the United States Department of Defense. This school is one of six new schools build around Benin as part of the Department’s humanitarian assistance program.

The school contains a block of four classrooms, a solar panel array, and eight rainwater powered latrines. The project will have an immediate benefit for the 180 students currently enrolled, including 79 girls.

During the inauguration, Ambassador Mahoney said,

Education is an essential tool for promoting the development of individuals and nations. It is my hope that this building will be seen as a symbol of the continued commitment of the United States to education in Benin.

At the conclusion of the visit, the Ambassador donated 20 indestructible soccer balls to the students in attendance.