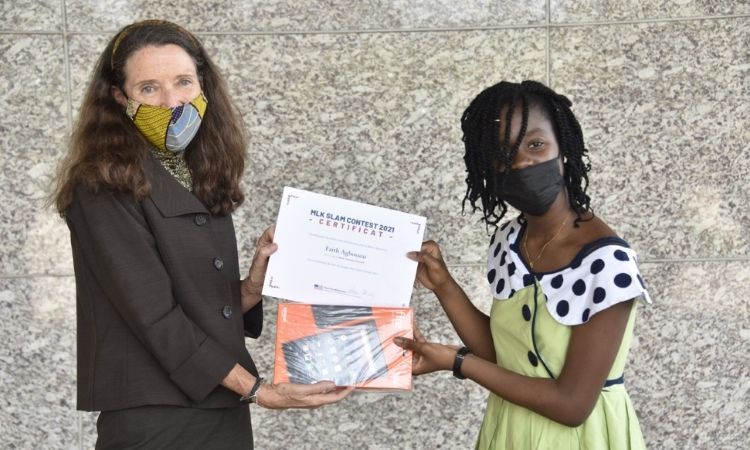 The winners were selected from fifty-six young Beninese who submitted slam poetry performances for the virtual competition, held online this year due to the COVID-19 pandemic.

“U.S. civil rights leader Dr. Martin Luther King, Jr. is the among the best examples of the use of non-violent activism in the pursuit of freedom and equality,” Ambassador Mahoney said. “In honor of Dr. King, I congratulate the five winners of the fifth annual MLK Slam competition whose powerful poetry reminds us all that the fight against injustice isn’t over.”

First organized in 2017, the MLK Slam competition supports the aspirations of Beninese youth to learn and master the English language, while simultaneously drawing inspiration from Dr King’s use of peaceable freedom of expression to advance human rights and promote greater equality.

Since its creation, more than 500 young people have taken part in the MLK Slam competition.