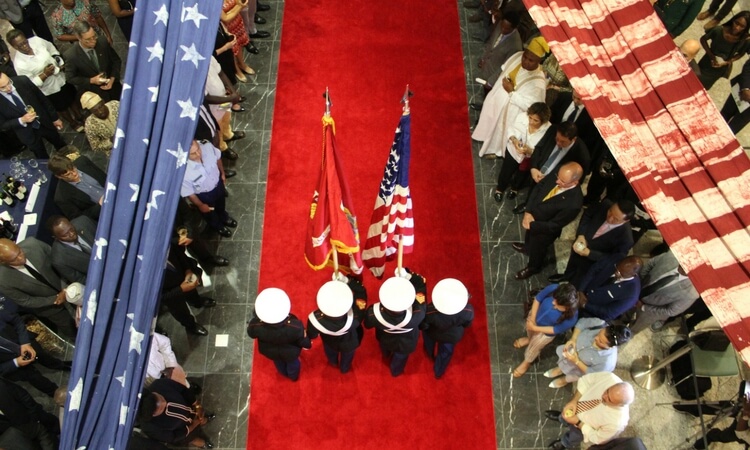 Ambassador Lucy Tamlyn and Embassy Cotonou invited members celebrated the 241st anniversary of the Declaration of Independence of the United States of America, by inviting members of the government, heads of civil society, and institutions on Thursday, June 29, 2017.

Representative of the government of Benin, Minister of Justice Joseph Djogbenou praised the long standing and productive relationship between the two governments in preserving democracy in Benin.  In her remarks (insert hyperlink) Ambassador Tamlyn reiterated the commitment of the American people and government to continue work with Benin to work to advance the common interests of both nations.