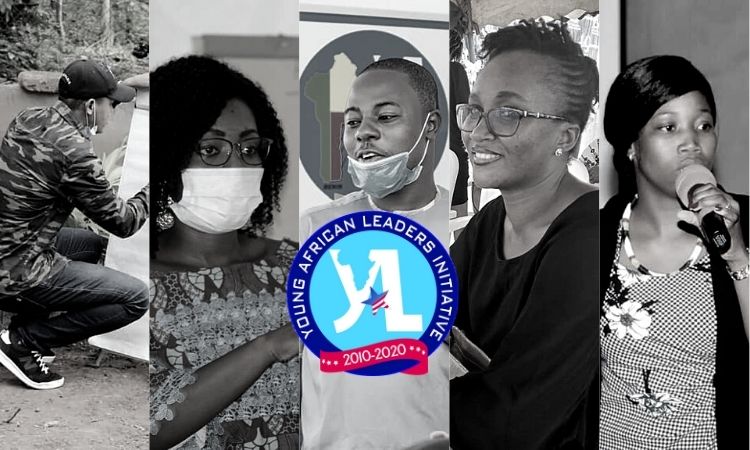 It’s hard to believe it, but this week marked the 10th anniversary of the Young African Leaders Initiative (YALI). In 2010, 115 young leaders came to Washington to participate in the YALI’s inaugural program.  Fast forward to today, and YALI is the U.S. government’s signature effort to invest in the next generation of African leaders with over 21,000 alumni and membership in the online YALI Network is over 650,000 strong.

For the past decade, YALI has provided African youth with opportunities to promote effective public administration, grow networks that connect Americans and Africans, create conditions for peace, prosperity, and security across the continent, and investment opportunities for U.S. businesses.  YALI is comprised of the flagship Mandela Washington Fellowship exchange program, Regional Leadership Centers (RLCs) located in Ghana, Senegal, South Africa, and Kenya, and the virtual YALI Network community.

As the Special Coordinator for YALI, I am blessed with the opportunity to be serving a second Foreign Service tour supporting this amazing program.  During my first assignment in 2011, I supported a forum for Young African Women Leaders who transformed their communities and their countries through their inspiring work.  A lot has changed since then, but the caliber of YALI participants has remained constant.

Since 2010, YALI alumni have risen to high-ranking leadership positions and others are recognized with international awards.  Five alumni have held or currently hold cabinet level positions; a 2016 Ghanaian Fellow was named 2017 Daily Trust African of the Year; and a 2014 Somalia Fellow was nominated for the Nobel Peace Prize in 2019 for her work to rehabilitate young people radicalized into joining armed militia groups in Somalia.

But YALI’s impressive numbers, programs, or even the long list of awards alumni have received are not what makes YALI special – it’s the young leaders themselves who embody YALI’s spirit of service leadership, a leadership philosophy in which the main goal of the leader is to serve YALI, not just another program. YALI is a movement propelling a generation of leaders across Sub-Saharan Africa.  The YALI generation is holding their leaders accountable, serving their communities, and breaking barriers.

“The YALIServes campaign,” said one Network member, “has developed me into a leader who is prepared to fight all social issues in my community. It has also prepared me to be an entrepreneur and a leading example. It has improved both my confidence and commitment to my community.”

Who is the YALI generation? It is 2011 alumna Robyn Kriel, a fearless reporter from Zimbabwe who has written about corruption and human rights abuses in her country. She was beaten by police and her mother was imprisoned, but Robyn continued reporting because the people of Zimbabwe “want their stories to be told.”

It is Dr. Laud Anthony Basing, a 2016 alumnus from Ghana who recently led a team of scientists to develop a Rapid Diagnostic Test for COVID-19. Dr. Basing credits his Fellowship experience and expanded professional network as key components in reaching the full potential of his business and work.

YALI members across the continent are making small changes that lead to big impacts across the continent. The YALI generation is rising up to meet today’s challenges, including COVID-19, the locust plague in East Africa, and a global reckoning on social justice. As we celebrate the past decade and look ahead to the future, I am confident that the future of not only Africa, but the world, is in good hands.

About the Author:  Elizabeth “Liz” Liu is Foreign Service Officer serving as the Special Coordinator for the Young African Leaders Initiative in the Bureau of African Affairs at the U.S. Department of State. Liz also serves as the Secretary for the Asian American Foreign Affairs Association, an employee affinity group for the U.S. Department of State.

View Original Content: https://www.state.gov/celebrating-10-years-of-YALI/
This translation is provided as a courtesy and only the original English source should be considered authoritative.