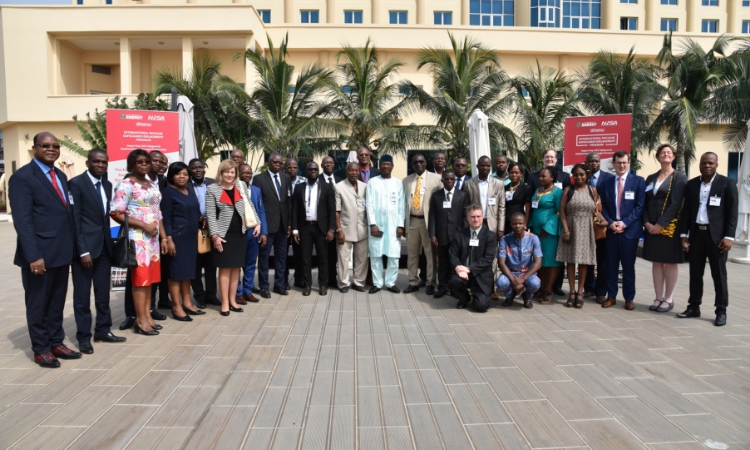 The United States Supports Benin’s Peaceful Use of Nuclear Technology

U.S. Embassy Cotonou and the Government of Benin organized a workshop on nuclear safeguards last week.

In the framework of NPT, Benin signed a Comprehensive Safeguards Agreement (CSA) and an Additional Protocol (AP) in 2005 with the International Atomic Energy Agency (IAEA).  These agreements aim to prevent the propagation of nuclear technology and substances that could be used to make nuclear weapons or other explosive nuclear mechanisms. Benin’s access to peaceful nuclear applications to support the country’s development will be determined by its implementation of CSA and AP.

During the workshop, the Director of the U.S. Department of Energy’s Office of International Nuclear Safeguards, Dr. Kevin Veal, expressed the wish that Benin join the large community of countries that have fully implemented and ratified the above-mentioned agreements.  Dr. Veal recalled that the implementation of nuclear safeguards is not the sole responsibility of IAEA, but also that of NPT’s signatory countries, which are expected to provide timely, accurate, and complete reports on all their nuclear-related activities whatever their scale.

The U.S. Embassy Chargé d’Affaires, Laura Hruby, noted that the United States is seeking to expand the non-proliferation community by promoting and supporting benefits related to the peaceful use of nuclear science and technology.  She also announced the disbursement of 596,050,000 FCFA ($1.03 million USD) in response to Benin’s request for support in conducting peaceful initiatives.

These initiatives consist of implementing radiation therapy for the overall management of cancer, the use of certain materials for the improvement of plant production, and the use of ionizing rays in diagnostic and therapeutic applications.

Dr. Aristide Talon, the Advisor to President Talon on Health issues, extended the gratitude of the Government of Benin towards the United States for its support.  He also noted that the creation of a Nuclear Regulation Authority in charge of supervising the implementation of nuclear safeguards agreements would be effective soon.