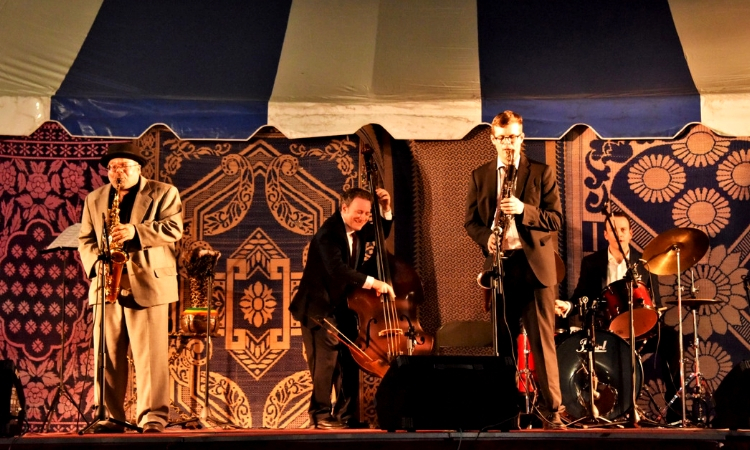 The American jazz band the Ari Roland Quartet was in Benin the first week of December 2018 as part of a cultural exchange program of the United States Embassy Cotonou. This quartet of musicians from New York participated in exchange sessions with students and Beninese artists.  During their stay, the group performed free concerts, including at the Place du Souvenir on Sunday December 2, 2018, a showcase and jam session at the Yes Papa on December 6, and a large concert at the US Embassy on December 7.

Ari Roland is an American musician who grew up in New York City. He started playing the bass guitar at the age of 12 before entering the world of professional music at 16. Graduate of the prestigious Julliard School, Roland played with Jazz legends such as Lou Donaldson, Barry Harris, and Betty Carter.