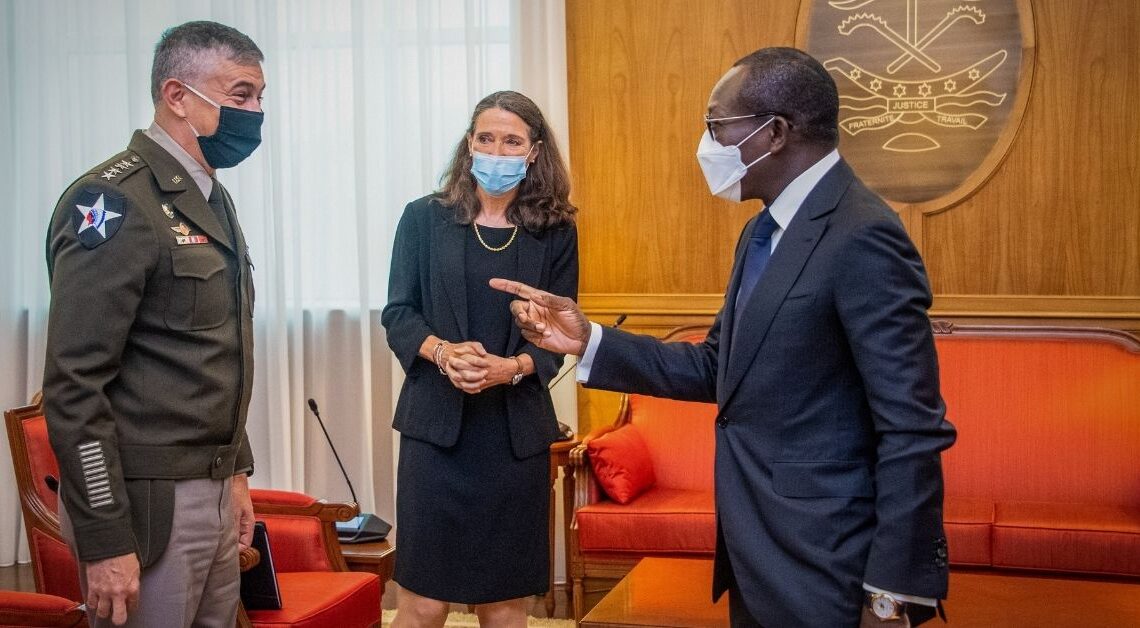 U.S. Army Gen. Stephen Townsend, commander, U.S. Africa Command, continued a multi-day visit to West Africa, with stops in Togo and Benin, September 22-23. Townsend expressed the command’s readiness to help both partner nations increase their ability to secure their northern border areas from the terrorist threat and improve security cooperation across the region.

“I commend Togo’s contributions to regional and maritime security through their peacekeeping deployments, active participation in naval exercises like Obangame Express, and other cooperative efforts. U.S. Africa Command looks forward to building upon our partnership through more focused bilateral training and assistance,” said Townsend.

In Benin, Townsend and U.S. Ambassador Patricia Mahoney met with President Patrice Talon, where he stressed that greater safety and security in northern Benin will benefit both Beninese citizens and broader regional security efforts.

“Our coastal West African partners share many security threats. Effectively countering those threats requires a cooperative regional approach. Like all of our security partners in West Africa, Benin has an important role. We continue to work with Benin and other partners to build capacity and improve interoperability,” said Townsend.