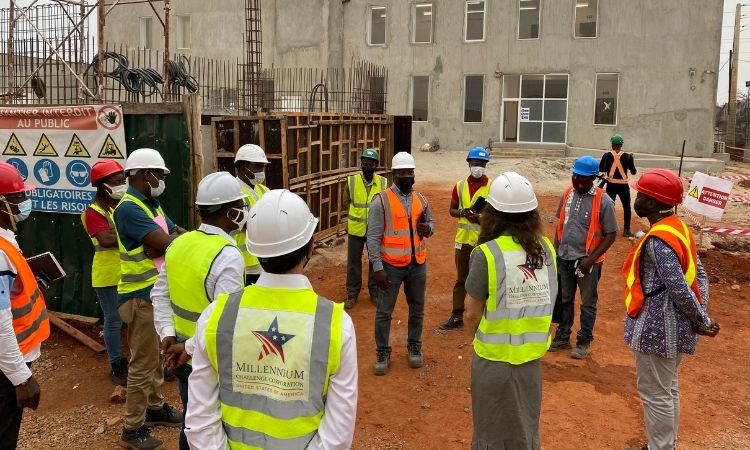 New infrastructure funded by the United States of America is expected to benefit ten million Beninese over the next twenty years by facilitating a five-fold increase in the capacity of Benin’s electricity distribution network.

The Ambassador’s visit comes as part of a vast program to reinforce Benin’s energy sector financed by the American people through the Millennium Challenge Corporation (MCC) and administered by MCA-Benin II.

Improvements in capacity carried out by this program will allow Benin to attract industrial and commercial investment, expand household and businesses access to energy​ and improve social services. In addition, the availability of quality energy made possible by this program will increase the output of both public and private companies through an extension of production and service hours.

During her visit, Ambassador Mahoney highlighted the scope of MCC’s work and the transformative nature of its investments. “I am very happy to see first-hand the many infrastructure investments being made by the governments of the United States and Benin. Together, we are contributing to a more stable and reliable electricity supply for Benin households and industries,” she said.

This large-scale initiative comes as part of a $375 million MCC grant agreement, known as a compact, to which the Beninese government is contributing an additional $28 million. All work must be completed before the end of the compact on June 22, 2022.

The Millennium Challenge Corporation (MCC), an agency of the United States Government, aims to reduce poverty in developing countries through economic growth. For more information on MCC, visit www.mcc.gov